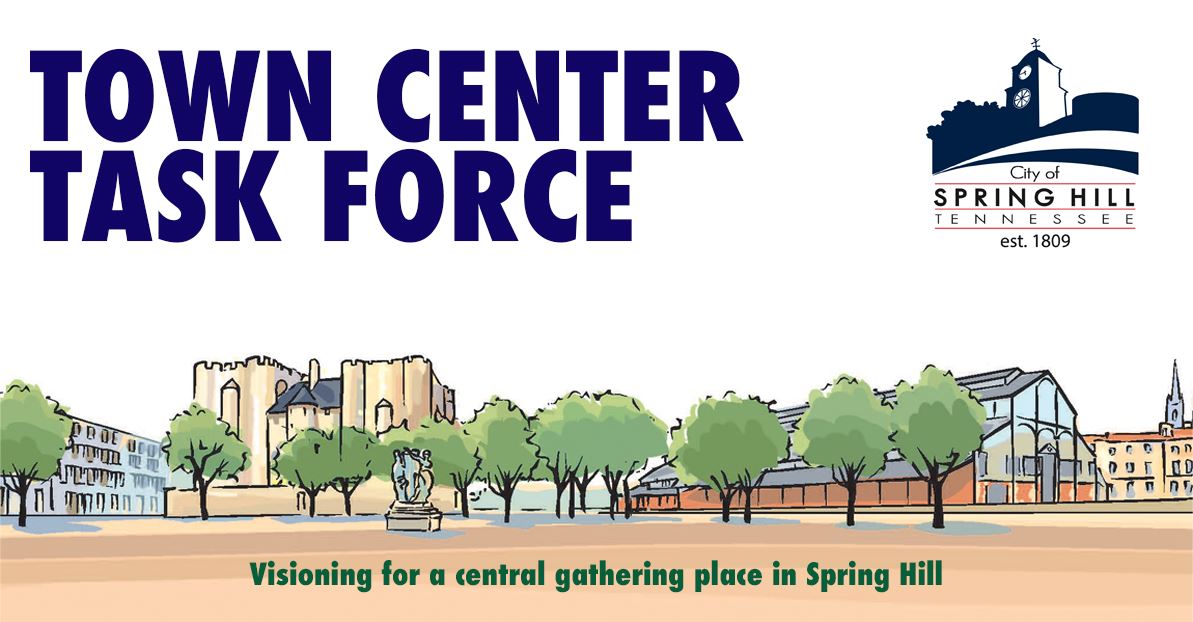 The TCTF will serve as an advisory committee to the Board of Mayor and Aldermen. The TCTF is not only tasked with researching options for a town center, but using the City major planning documents - such as the Spring Hill Rising 2040 Comprehensive Plan, Unified Development Code, Zoning Map, and Major Thoroughfare Plan - to ensure that any proposals that move forward fit properly into the City's long-term growth vision.

The TCTF meets at 6 p.m. on the third Thursday of each month in the City Hall Courtroom.

Members were chosen in June 2019 by Mayor Rick Graham; Alderman Hazel Nieves; and Bill Benedict, Chairman of the Historic Commission and co-chair of the Tourism Council