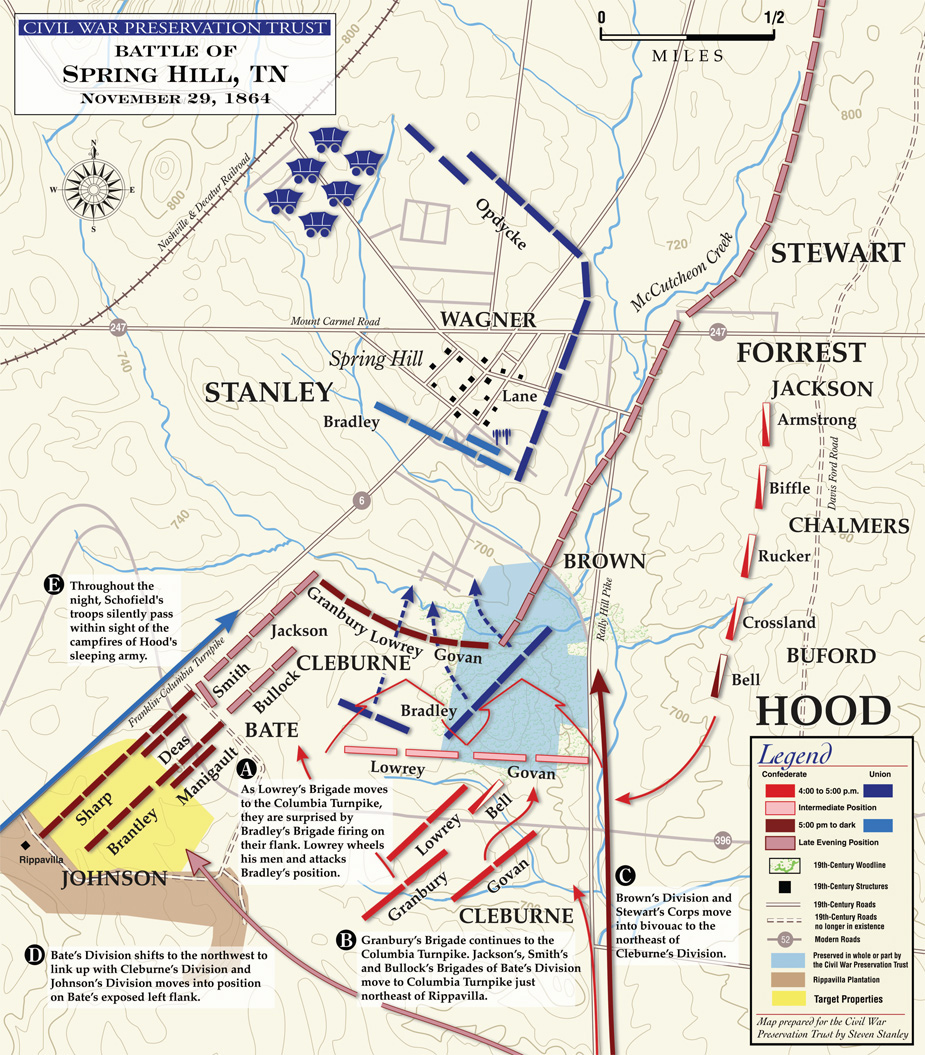 November 29, Hood’s infantry crossed Duck River and converged on Spring Hill. In the meantime, Major General Schofield reinforced the troops, holding the crossroads at Spring Hill. In late afternoon, the Federals repulsed a piecemeal Confederate infantry attack. During the night, the rest of Schofield’s command passed from Columbia through Spring Hill to Franklin. This was, perhaps, Hood’s best chance to isolate and defeat the Union army. The engagement has been described as “one of the most controversial non-fighting events of the entire war."

The American Battlefield Trust in Spring Hill
The American Battlefield Trust is dedicated to preserving America’s hallowed battlegrounds and educating the public about what happened there and why it matters. The nonprofit, nonpartisan organization has protected more than 50,000 acres associated with the Revolutionary War, War of 1812, and Civil War. Learn more at www.battlefields.org.

For more information on the Battle of Spring Hill, please click here.

A Map of The Battle of Spring Hill